We are deeply saddened by the senseless loss of lives from the heartbreaking accident which occurred on Friday June 12th on I-39/90.  Our thoughts and prayers are with the people and families that have been impacted by this tragedy.  It is disheartening to learn that this event was caused by person in our industry, as we know there are many great drivers on the road that work endlessly to perform their jobs safely every day and prevent accidents such as this from happening.

In times of great adversity there are often people who step up and do what is right to help those around them who are in need.  The team at Fortrans is very proud to recognize that one of our own did just that when he found himself just a few feet away from this horrible wreckage.  Here is his story.

There were already traffic control measures in place when Earl Morgan-Heft began slowing down, long before he came upon the initial accident ahead of him.  Earl could see there was a back-up of traffic ahead and knew he was going to have to stop.

Shortly later in his mirrors Earl witnessed another tractor-trailer behind him, collide with several other trucks and passenger vehicles that had begun to slow down and stop.  The result was catastrophic, sending multiple vehicles into the ditch along the highway.  Earl parked his tractor out of harm’s way and got out to see what he could do.  He could hear screaming coming from the vehicles in the ditch and knew he had to help.

Earl saw there were people inside a burning pick-up truck that were struggling to get out.  He ran over to help and was able to pry open one of the back doors.  Both the driver and passenger were severely injured and could not climb out of the vehicle on their own.  Earl gave it everything he had to lift and pull each of them over their seat and out the back of the truck to safety.

Both the man and boy Earl helped to get out of the truck survived the accident.   Shortly later as emergency responders were trying to put out the fire, the cab of the pick-up truck burst into flames.  The emergency team at the scene told Earl that his actions had saved their lives.  Sadly, there were others involved in the accident whose lives were lost.

For some time now we have had a sign at our facility that reads “Heroes Work Here”.  While all our team members perform heroic duties that have kept our nation running during very difficult and trying times, we are proud to recognize Earl Morgan-Heft for going beyond the call of duty and being a shining example for our company and industry.  Thank you Earl. 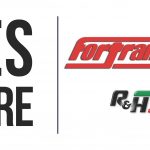 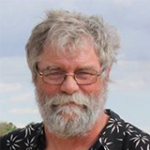